Have you noticed how techy our casual conversations have become? Ask a millenial a simple question like “Are you going out tonight?” and the response is “I am not,” instead of a simple “no.”

“Are you wearing that outfit tomorrow?”  The answer is a declarative “I am.” To my ear, It sounds like I’m having a conversation with a computer.  Whatever happened to “yes” and “no?” 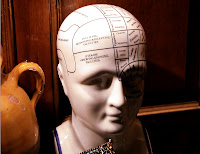 “I am not getting along with my siblings,” a teenager might say.”I have four siblings.”  It sounds like they are talking about tiny goldfish. “Sisters” and “brothers” are too gender specific. So we have to ask “What kind of siblings do you have, brothers? Sisters? Some of each?”

As a priest, I’m often confronted with generic statements  like “I had inappropriate conversations.” Or,  I have an inappropriate relationship with my boyfriend.”  What does that mean? A blue tie with yellow polka dots may be inappropriate with a green shirt, or any shirt.  What happened to words like “wrong,” or  “sinful?” Which brings us to another contemporary edict.

“Do not judge!” That judgement is supposed to prohibit any further discussion of a behavior.
I hear that all the time.  In our society any kind of behavior which expresses person hood is permitted as long as it doesn’t interfere with anyone’s behavior. By the way, whose standards do we use to decide that someone’s behavior is inappropriate?  Of course, we judge.

Our Lord Jesus did not judge, right? What about when He gets sight of Jerusalem on His way there and declares that His beloved city, proud and unrepentant, will be destroyed. He weeps.

Of course we have to judge both our own behavior and the behavior of others. Our Lord simply reminds us to be sure we have judged our own souls first. Our consciences lead us to right judgement.
A sin, is a sin.  It’s not simply inappropriate behavior.

If we lose the sense of sin, we also lose the perception of grace. Now, that would be an inappropriate thing to do.