I believe in resurrecting. I live and work close to Chicago (“Chicagoland”) and I hope that what I blog will be useful to you, or at least interesting. Talk to me.

1. You woke up this morning.  You are still alive.
2. Where there’s life there’s hope, right? So, have courage!
3. Take definite steps to make the new year 2014 a better year

If you have no trouble affirming the first two statements above and want to take a positive step for the new year, 2014, then, take a quick inventory of your conscience. Conscience is that part of you which remembers the bad stuff that you’ve done.

Got any of the following depressing  characteristics in your personality: Pride, anger, lust, envy, gluttony, avarice and laziness?  These are the legendary seven deadly sins. 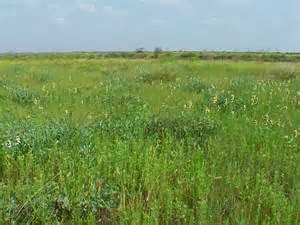 It’s likely that there are several of these imps running around in your soul causing you grief and discontent. These guys are the source of your dissatisfaction.  Note their names..They are the crabgrass in your lawn of life as you begin the new year, 2014

Choose one suspect from the list of weeds in the garden of your heart and decide that with the help of God’s grace you are going to focus on pulling up those weeds in whatever form they arise.

Angry all the time? Why? You can’t do much about changing  anyone else’s behavior’ especially those who annoy you, but you can do something about your responses to whatever or whoever makes you angry.

For example, do something simple and good for someone whose presence grates on you.  Do it once.  See how it feels. Don’t expect a thank you.  It is you who need to change, so change!

Pray for your detractors. Yep….

Run away from some one who aggravates you, if just for a minute or two.  Get a cup of coffee. Use the rest room. Take a walk.  Tidy up your mind and then get back to being yourself and to doing something productive.

If you can identify your favorite misbehavior, if you know its name, then you can do something about changing it to a good behavior,

Run through the seven deadly sins again. Give this meditation some time.  After all, you have the new year 2014 –every day of it– ahead of you.