The pilgrimage to San Antonio is over and coming back to Chicago is bitter-sweet. There was a hesitancy that I could see in just about everyone at the sabbatical program. No one wanted it to end. After all, for four months we were in a cease and desist mode from our regular responsibilites and roles. And, it was nice just to have time to rest and pray and meet new people. But end it must and end it did.

It always takes time for a transition and I have been feeling my way back into my life in the Congregation and my new life outside of pastoral administration.

It’s one week now post-sabbatical and my four month routine is being tested. I need to maintain my prayer life and spend the proper amount of time necessary in prayer each day. What’s proper? The answer is I should have all the time that I need to pray.

So I have decided to observe two mini-sabbaticals each day and one full sabbatical each week.
At 7 AM and 7 PM more or less, I am going to stop, pray and rest from work.

On the day of the Lord’s Resurrection, Sunday, I am not going to do any work at all so that I can pray, rest, embrace and enjoy others. The only work I will do on Sunday will be service and ministry.

Exercise and attention to diet are difficult to manage. We all know that.
But, I’m giving both a whirl.

I heard a new bird this morning singing a new song by the river. Why should he be afraid? No one is going to insist that he stop singing. His Father in heaven has His eye on him. And, the Holy Spirit hovers over him and me with “Ah–bright wings,” as Hopkins says.

Our Lord tells us not to worry about anything –about what we are going to eat, or drink, or wear and that we are worth more than a whole flock of sparrows. 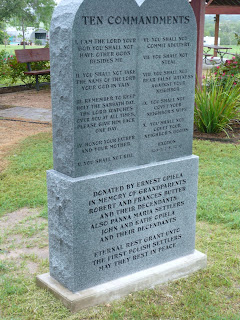