I was in Baltimore this week attending a workshop sponsored by Catholic Relief Services.  “Charm City” was bekoning me all week.  The first Catholic Cathedral in the U.S.was definitely worth a visit. Then, there is Baltimore’s inner harbor where the U.S. Constitution is docked only three blocks from our hotel.  But these sights will have to wait for a return visit. My four days in Baltimore at CRS were action-packed from Mass at 7:30 AM until we returned to our hotel at the end of the day.

The orientation workshop offered once a year trains preachers to go out to parishes to spread the good news of the work of Catholic Relief Service which brings aid to the poor throughout the world.

I have always had a soft spot in my heart for CRS and  a sense of pride in the work of my Church as it brings the Gospel to life by assisting the poor. Whether being on the scene in disaster relief or assisting in the development of impoverished peoples, CRS has been working for over seventy-five years as the international outreach of the U. S. Catholic Church.

My first preaching assignment for CRS is in November and only twenty-five miles away. It will be a great opportunity to get my feet wet as a preacher for what CRS calls their “Global Fellows” program.

The motive is twofold: to help Catholics understand what CRS does in their name and to seek prayerful support. I know Catholics are generous and I know they will want to respond by taking CRS into their hearts.

Father Andrew Greeley has published a new book,” Chicago Catholics and Their Struggle within the Church.”

A pain in the lower back,” “Chicago’s Priestly Prophet,” “Father Andy,” whatever you call him Father Greeley has been an important commentator on the life of American Catholics and Chicago Catholics in particular.

For a long time I simply gave up reading his column in the Sun Times.  I became tired of his constant harping on what he considers lousy sermons, terrible music and arrogant bishops. He usually described the Chicago Church in the words “Pay, Pray and Obey.”

It wasn’t that I thought Father Greeley was a pompous academic. No, he was a dripping faucet, an annoying voice that never seemed to let up on the Church that he claimed to love.

Now, he has written his last book and I want to read it. (In 2008, he suffered a serious head injury that impairs his thinking and his speech.) I want to read his
evaluation of the survey he conducted of over five hundred Catholics in 2007.

He found that seventy-eight percent of Catholics consider their Faith extremely or very important. Who are these people? His book will tell me.

There was a stunning response to a question concerning what makes a good Catholic.
Ninety-four percent answered that it was belief in the resurrection of Jesus.  I have had the feeling that most Catholics did not think much about the resurrection and that it has been kind of a secret. I thought most Catholics identified the Savior with His Passion, His death on the cross. Mel Gibson’s film “The Passion of the Christ” epitomizes that concept of salvation.

Andrew Greeley is saying, No!  Catholics get it!
The Christ of the Resurrection is their enduring hope.

Years ago, I wrote a response to a Greeley column in the Sun Times.
I criticized Andrew Greeley for his judgement of the American Catholic Church
as tottering and growing in irrelevance.  It was a letter to the editor of the Sun Times and to my surprise, they published it in a full page article entitled “Most Catholics Still Love Their Church.” I knew then and I know now that Catholics do love their Church. My phone did not stop ringing the morning the paper came out. People had had enough of Father Greeley.

I feel different now. Father Greeley said things then that needed to be said.  We were living through a frustrating time and he pushed our collective faces into the mess we had made of the Church and basically told us to wake up.

I am concerned nowabout the thousands who have fallen away.  I heard somewhere that the second biggest group of American Christians, after Catholics, are Catholics who have left the Church.

We can learn from Father Greeley’s new book. We do need to preach more effectively, sing more devoutly, and all of us need to live our Faith more deeply. This is Greeley’s final call to the Chicago Church to listen to the voices of Chicago Catholics as they struggle within the Church to live out their call.

Thanks, Father Greeley, you little Irish imp. We have needed your voice in the past and now we need it more urgently than ever. 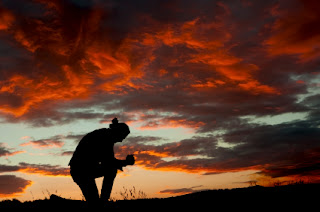 It’s the sabbath. Not doing laundry today or washing the car or tackling computer projects.
Resting my soul, too, and so, no unnecessary worrying about daily things or fretting over the big questions of life that I haven’t been able to figure out during decades of trying. Sunday should be free of that stuff.

It is hard to cease. Just try it. You can do it.

Stop working on Sundays because time isn’t money.  You get to spend the time the Lord has given you to rest your weary head and tired body. The day is the Lord’s gift to you and me. It’s a refreshment break, a grace-filled space in the week as sacred as the church sanctuary.  To break the sabbath is sinful, an act of ingratitude.
Cease.
Rest.
Embrace life and those around you. “I have come to bring you life,” says Our Lord, “and life in abundance.” Take the offer of abundant life.
Feast.  It’s O.K. to take the time to eat good food and drink, preferably with those you love. Alone, too, if necessary.
Pray.  On Sunday, eat and drink something nourishing for your spirit, too. So, pray. At the Sunday Eucharist with the rest of us and also in some private moments. Try praying while you take a walk, or drive to Walgreens. A good prayer is “Thanks!” Lots of our prayers are
“Gimmies” but on the Sabbath it should be gratitude that we offer Our Lord. 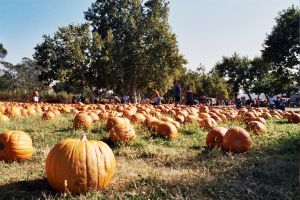 This morning there is white frost on the windshield of my black car and, I suppose, on the pumpkins for sale along the main road here in McHenry county. Some of the sugar maples look like huge sprays of red and gold flowers laid against the oaks which are still hanging in there with bowers of green leaves. It’s definitely Fall.

It’s always interesting to see the changes which come with the four seasons. I missed the seasons when I lived in Southern Mexico and in Las Vegas. There are few sensible changes to the environment in those places as the year passes. Las Vegas is nice enough but its only seasons are “hot and dry” and “warm and dry.” Oaxaca has a dry season and a wet season and both are hot.

Midwesterners are formed by the four seasons. We are used to going from shirt sleeves to sweaters to parkas. We don’t stay inside because it’s blustery outside or snowing.  We just keep on keeping on. It makes us an adaptable people.  It also gives us something to talk about. “Man, it’s cold! I can’t wait for Spring!”
If St. Francis were here, he’d be outside today praising God for the frost.  Praise Him, too, for the pumpkins which contribute their warm orange in abundance in the fields where they lie among broken cornstalks whose dry leaves wave in the biting wind. Fall is just beginning to bloom.
“He fathers-forth whose beauty is past change. Praise Him.”
(“Pied Beauty,” Gerard Manley Hopkins)
Photo: rmullis, sxc.hu/photo/419624