There is something cleansing about putting off the old year and embracing a new year.  Errors, sins, mistakes, faux-pas, wrong turns, accidents, incidents, slip-ups, and other detritus from the last 365 days will die away like an old bonfire as we light the candles for the birth of a the new year, 2014.
New Year’s eve’s rituals are important. So, we get together with friends and family members and do a bit of reminiscing and fond remembering and realize that for better or for worse we are still here. We drink away yesterdays and toast the todays to come. 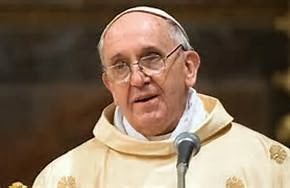 We’ll get used to writing checks using the New Year, 2014. Our computers will dutifully roll out 2014 without us worrying about setting the time and year.
The tax breaks we took care of had to be completed by December 31, 2013. But, New Year’s Day, 2014 will initiate a new opportunity to give less grudgingly.
American Catholics will bundle up and go to Church on New Year’s Day 2014, though not so much because it is the first day of the year but because it’s the Feast of Our Lady, Mother of the Church. The priests, though, will sneak in loads of fresh Gospel material into their homilies to give us a push into the New Year, 2014.

Pope Francis has called us to teach our children to pray.  God knows the United States needs blessings and direction for the future. I wonder what our children will be praying for In the new Year.
Despite ourselves, some of us will make new resolutions to start the New Year, 2014. We will resolve to eat less and lose some weight; to exercise; and, make more significant contact with people who mean something to us.
We will resolve not to waste so much time watching videos, playing video games, and surfing the net, or simply pigging out in front of the TV.
This year we will begin to plan the following:
1.       The book that we have promised ourselves to write.

3.        Ways to reconcile with someone with whom we should have made-up with long ago –before it’s too late.
Yes, Santa Claus with his full white beard and his red suit gives way to Baby New Year 2014 who comes with rosy cheeks, a big smile and, a…well… diaper.
Happy New Year, 2014.