The canaries were gone. Three males had simply disappeared from three separate cages.  Those canaries were “the control” part of an experiment in animal behavior at a major mid-western University some time ago.
On a cool Saturday morning, I entered the laboratory where our department was studying how birds learn species-specific sound.  For example, is the song of the song sparrow (Melospiza melodia) innate or is it a learned behavior? Does the male song sparrow chick have to hear its species song before it can sing it, or will he sing a song sparrow song without ever hearing it sung by a mature male first? Researchers want to know these things.
Back to the canary controls.  Those  individual males were part of a research project of one of our graduate students who was studying bird song in canaries. The controls were kept in typical wire cages in the basement of our building. They heard one another sing. We controlled the light by timers and the canaries dutifully sang when it was light. 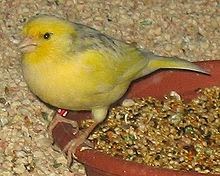 The “experimentals” were male canaries housed two floors above the basement in  sound-proof cages with built in speakers where we could record their vocal efforts.

That Saturday morning, when the graduate student came to check on them, the controls were gone.  The experimentals, however, in their sound proof boxes complete with ventilation systems, were fine –healthy and active.

How could the controls have escaped? The door leading down into the basement lab was always locked and the graduate student and his mentor were the only ones who had keys. “They’ve got to be down there,” he said. “Help me find them.”
So, we went downstairs into the basement lab and, sure enough, the cages were empty and the small, metal access doors to those cages were still fastened shut.
We began searching behind everything in the basement. No birds.   Next, we checked the rafters. The concrete wall of the basement stopped just below the first floor where joists took over.  We got a ladder and began searching the dark spaces between the joists.
“Hey! I think I found one,” my friend yelled. “Up here, in the rafters!’   With that he shone a flashlight into the space and found himself face to snout with a boa constrictor.
The mystery of the disappearance of the birds coincided with the disappearance of a six-foot long pet Boa constrictor from a third floor lab which had gone missing two weeks before. Someone had left the terrarium open and the snake had slipped out, squeezed through the space around a recently repaired water pipe, got into the wall and followed the pipes to the basement.
Once in the basement, the snake sensed the canaries. He entered each cage by compressing himself between the wires of the cage, attacking the birds one-by-one, and then after constricting the life out of them, he consumed them.  He then sought a hiding place in the rafters to rest and to digest the birds.

The ex  The experiment was certainly compromised because the controls were critical to the validity of the experiment. Somehow, the graduate student saved the project, but he had to have evidence that his controls had actually existed. You can probably figure out what he had to do next. Nearly two weeks later, the boa deposited several tiny bundles of sad-looking, yellow feathers onto the floor of his terrarium.
There are no snakes indigenous to the Canary Islands or the Azores, the natural home of canaries.  Did our controls flutter and flee from the constrictor?  Did they know innately that this crawling thing entering their territory was deadly? My guess is that they knew. No parent had to teach them that an enmity was set between their offspring and the spawn of the snake.