What is this?  It looks like a gathering of residents in a retirement center. Many are white-haired, not necessarily impaired men but certainly up there in years. The older ones are sagging in their chairs, canes and walkers at hand.  Not all are overweight, but to be honest, most, even the dark haired,  are out of shape.   Everyone is more or less focused on the head table where three leaders are facing the rest of us.  This morning’s discussion is what to do about the diminishing number of community members and the lack of younger members. 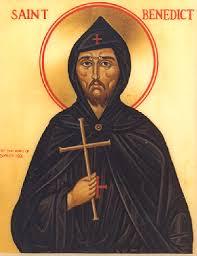 “We need to pray every day for more vocations,” one priest has risen to say. Another joins in saying “All religious communities are feeling the pinch these days.”

Another priest with dark hair offers: “I keep going to these vocation conferences and I meet quite a few young men who show some interest In our community but they don’t follow up with me. I think young people today are too distracted by trying to achieve the best social position that they can. They have so many job opportunities and possible adventures to think about, they just aren’t listening for a divine call.” We are being drowned out by the secular culture.”

One of the white-haired group, Father Gravitas gets up to address the group: “I was talking to a member of the Passionists and they are diminishing in numbers, too.  And, no vocations!  Maybe we should join with them and form a new community.  We could call it the ‘Congregation of the Pascal Mystery!’ We would then proclaim the passion and death of Christ as the solid way to a Resurrected life.”

“Yes!” the dark-haired guy says, “then we could turn to the inquirer at a vocation conference and challenge them to join us: “Come, die with is!”

This brought a smile to the face of Father Gravitas and chuckles from those who were listening.

“I think St. Benedict, the founder of community life, would love that!” says another member of the group.

“Mmm… Sounds interesting to me,” one of the head-table leaders says. “Maybe we should join forces and use the motto, “Let’s die to ourselves and rise with Christ!” The oldest priest rises, grabs hold of his walker and leans forward earnestly. “O my gosh, he says, “who would want to join such a crazy group?”

“Well, it is biblical.”  This comment is from one of the two men at the head-table.  “Remember when Our Lord waited until Lazarus died to announce his intention to go to visit the burial site? The apostles were aware the Sanhedrin had  decided that it was imperative that one man die for the sake of the people.  Thomas, one of the apostles, said, “Let us also go that we may die with him.” (John 11; 16).

Another response: “Some young people want to make their lives mean something.  They don’t want to join an organization but a movement, the more revolutionary the better. Remember, Jesus had told them all that he waited to go up to be with Lazarus and family because he said “It will be for your good and for the good of your faith.” (John 11; 15)

Father Gravitas rises slowly and says slowly: “Maybe this is the only thing we should be saying at vocation conferences.  With certainty in our voices, maybe we should stand in front of a huge, black banner that challenges passersby with the bright words: “Come Die with Us!”