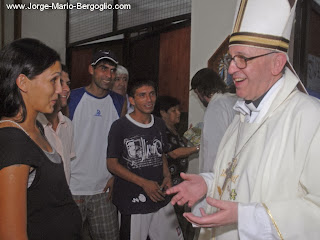 It’s spring and Pope Francis, with one month underneath his sash, has formed a council to reform the curia, the Church’s administrative bureaucracy.  After years of infighting and obstruction, it looks like the curia is in for some serious weeding, trimming and thinning out. The pope is opening the windows and doors of the ancient offices and letting some fresh air in.

I think we have Benedict XVI to thank for this inspired decision. In the last months of Benedict’s reign, he initiated an investigation into some of the darker workings of the curia.  Brought on by his valet’s thieving ways, Benedict faced the curial mess by calling for an investigation of the ancient workings of the Vatican bureaucracy.  He wanted a thorough report and just before he retired, he got it.

The report has not been released, in fact, Benedict left it to Pope Francis as a secret document. The cardinals were aware of the investigation and some of the results when they began meeting just before the conclave. It was clear that the new pope would have to face the issues brought up in the expose.

In forming a new council of eight cardinals, including Sean O’Malley of Boston,  Pope Francis has taken the first big step in reforming the curia.  Now let’s see whether he will be able to break the power of some of the powerful men who have wrangled their way into authority positions.

The Church is tainted with the stain of original sin. The dust of centuries has settled on her garments.
We Catholics are ready for some of the curial nonsense to go away. Pope Francis may just be the leader to do it.

It’s spring.  These days at the Vatican, a little sunshine is entering the old places as Francis,  the gardener,  plants some seeds of hope for the Church in the twenty-first century.

You and I could use some seeds of hope thses days.

The cardinals are setting aside time for prayer together for guidance in selecting a new leader for the Roman Catholc Church.  They’ve asked us to do the same.  So, I mentioned this request at Mass this morning. After Mass a lady of a certain age came up to me effusive in her pride in being a Catholic these days. “St. Peter is joyful in heaven, Father, because the whole world is waiting to see who the new pope will be. Then she said something like this: “Peter was tortured and crucified and now he’s up there smiling and giving the Lord the elbow while saying ‘Hey, Lord, look at the world-wide interest in who the pope is going to be. I think we’re finally winning!'”

There certainly is wide interest in this selection process. The cardinals are watching and listening to each other during these days of formal meetings before they enter the conclave and the world is watching the cardinals.  Vatican News Service reported yesterday that over 5000 reporters have been issued credentials. So, five thousand investigators, feature writers, journalists and gossip columnists are gathering around the Catholic family as we watch and pray for a new leader.  All these reporters want insider stuff, scoops.

The cardinals are surprisingly open during their interviews. Cardinal George, for example,  has been describing a beauty-pageant, talent show process: One man is suggested and evaluated for good features, e.g., languages spoken, administrative ability, history of management of sexual abuse cases, commitment to the New Evangelization, perhaps, even, holiness. Then, Cardinal George reminds us that inevitably there is a pause while that candidate’s star is clouded by negatives: He’s too old; too young; too American; non European (black); not enough gravitas.

I keep changing my opinion but I now favor the chances of Cardinal Sean O’Malley from Boston. He’s smart, not self-serving and has handled Boston’s terrible sex abuse scandal with firmness and compassion.

I like him because as a Capuchin monk, he wears sandals and has a beard. Maybe, even to the cardinals he looks like a pope. When he’s asked about his chances, he replies simply that he has a return ticket to Boston that he intends to use.

Mostly, though  as he walks into the daily sessions in his sandals, he doesn’t look like he’s trying to fill Benedict XVI’s shoes, the red ones.

Sede vacante, the chair is vacant. Benedict XVI has left the building, permanently.

I am going to miss the thoughtful talks and sermons of Benedict XVI. Each day I checked out the VNS, the Vatican News Service, just to see what interesting take he would have on a gospel passage. 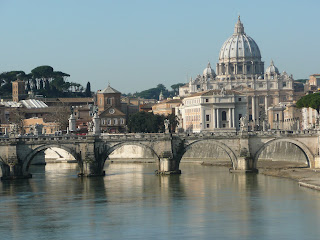 Recently, he has been talking about his retirement from the vantage point of service to the Church. He shared his soul with us, I think, when he talked about pouring out his life in papal ministry. There was much he had to do and little time to do the things that he wanted to do like read, reflect and write.

He has not complained.  He just can’t do it anymore.  The Church needs someone stronger these days, he reminds us.

The next pope will have to face the challenges of curial reform, the smoldering embers  of sexual abuse in the Church, and the challenges of how to give impetus to the New Evangelization.  The Church is growing rapidly in Africa and other areas of the Far East. The old european church is
fading fast and areas of the new world are right behind.  Even Brazil which has the greatest number of Catholics of any country in the world is watching the growth of protestant churches.

I am sure concerns like these are in the hearts of most of the cardinals who are now preparing to enter the conclave. Meanwhile, we watch and pray that the Holy Spirit will descend upon the Church “…and with Ah! bright wings!” (  Gerard Manley Hopkins)

Pope Benedict XVI is retiring, effective Feb. 28 at 8 PM. He sets aside the shoes of the fisherman and walks away from the papacy in spiritual loafers.

If John-Paul II is called “John-Paul the Great,” then Benedict XVI could be remembered as the “Reluctant Pope.” Though he smiles a lot and gives wonderful  theological and pastoral addresses, he has never really seemed to be comfortable in his role as Pontifex Maximus, iconic leader of more than one billion Catholics.

Where  John-Paul II was a trained actor, a seasoned dramatist, a poet, a visionary and a brilliant, original philosopher, Benedict XVI is a theologian and a professor who loves the give and take of classical teaching.

Benedict XVI often seems unsure of himself within the culture of diplomats and politicians. I think he yearns to teach again and will find some way to do it. He seems at home with students and has a soft spot in his heart for seminary students.

Before he was pope, Joseph Ratzinger was cardinal prefect of the  Doctrine of the Faith, formerly, the Holy Office, and before that the Roman Inquistion.  That being said, let me tell you a little story that reveals something of the character of Joseph Ratzinger.

I have a friend who belonged to a United Church of Christ congregation and was their pastor. He, along with his wife and children converted to the Catholic Church  during Ratzinger’s tenure as Cardinal Prefect of theCongregation of the Doctrine of the Faith.

My friend studied privately with priests and his bishop, all the while hoping that someday he could again preach the Gospel, this time as a Roman Catholic priest. It would require a dispensation from priestly celibacy, an unusual request with little chance of success, especially, because Cardinal Ratzinger,  “God’s Rothweiler” was guarding the priestly path.

I prayed with my friend that somehow the dispensation would be granted and a way would be opened for him to be ordained to the priesthood.

Then, one morning the phone rang.   It was my friend ecstatic with the news that he had just received a letter of dispensation from the vow of celibacy and permission to be ordained a priest.  “And, it’s signed by Cardinal Ratzinger,” he said.

My friend is now a pastor of a large Roman Catholic parish.  His wife and children are accepted by his parishioners.  (His son calls him “Father Squared.”) You can imagine the postive regard that this married priest has for the present vicar of Christ.

Benedict XVI was a good pope, even a great pope. Though he was reluctant to be in the world’s spotlight, he remains a dedicated and kind man. Perhaps, “Benedict, the Kind” might be the most fitting way to remember Joseph Ratzinger as he walks away from the papacy.