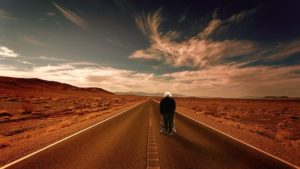 My friend Rich notes that even his grandnieces sometimes act as if he is not there. The first time I felt irrelevant was years ago when I was seated in a restaurant and watched as other guests gave their orders and I, seated at the side of the restaurant at a table for one, was apparently invisible.  I was ready to leave when, after fifteen minutes of stewing in my anonymity, a waitress stopped and asked, “Have you been waited on yet?”

Since then I have become used to being ignored in restaurants, seen but not acknowledged by groups of parishioners standing outside of our church, and, like Rich, mostly invisible to young family members. It wears on me a little. I may have written somewhere that upon noticing me, I was once referred to as “some old guy.” A random old guy? That hurts.

Part of the problem is that people younger than me have different interests and use informal language that’s hard for me to relate to. At a wake service as I was in line dressed in my clericals to offer my condolences to the grieving family, a teenage boy accidently bumped me and excused himself by saying, “Sorry, dude!” I don’t know how to use that word “dude” and I can’t imagine it would help my conversation much if I salted it with “dude”s and other current slang. But, that’s how the kid related to me. I’ve never thought of myself as a “dude” before….

As I age, I notice an elderly man with white hair and jowls (jowls!) who waves to me from the bathroom mirror each morning. That same guy walks pretty slowly and is bent over somewhat, as my moving reflection in the get-fit center windows shows me each time I approach the entrance.

Where the h-ll is that word which yesterday leaped off my tongue so easily and now for the life of me I can’t find? My imagination, too, seems to be at rest but I hope not yet deceased.  The rich color of garden flowers still impresses me and my hearing is acute enough to hear the song of the robins and the tweets of sparrows.

However, I am much slower than I used to be. My morning bathroom ritual takes at least twice as long and I’d rather just skip it because this morning I have no where to go and I don’t care much what I look like. That’s a trap, though, isn’t it?  I better find someone to help, some ministry to do or a least some task about the house that needs attention. The alternative is the path to “dusty death.”

Being useful. I can still preside at the Eucharist and still help the repentant in the Sacrament of reconciliation. And, I’m still able to cook, keep a small garden, write a little, and pray a lot. That last activity will never stop, in fact the opportunity to pray continues to enrich my life.  In many ways, I feel closer to the Lord than I ever have. Hey! And it’s not true that “no one needs you anymore.” I could spend most of the day praying for the needs of people who’ve asked me to remember them in my prayers.

Arthur C. Brooks in a recent article in the Atlantic (July, 2019) says that studies show that irrelevance drives unhappiness. I am on the move today searching out relevance. Here I come, ready or not!